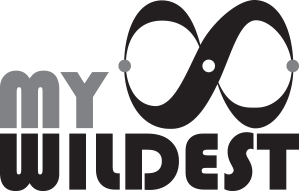 Originally from Siena, Italy, Dr.  Laura  Sangeeta Biagi  has  been  living between the United States  and Italy  since 1997.   Dr. Biagi holds a Master of Arts and a Ph.D. from the Department of Performance Studies at New York University (USA)  where  she  studied  intercultural  communication,  performance  techniques,   and  sound  healing.  Among  her  mentors  are  Meredith  Monk,  Pauline  Oliveros  and  Augusto  Boal.

After  experiencing  the  tragedy  of  9/11  in  New  York  City,  her  work  has  focused  on  personal  and  social  healing  through  sound  practices.  In 2004, she was ordained a Minister with the Ministry of Maåt, an international spiritual and educational organization nurturing the ideal of a harmonious and balanced world community through the support of women and men's spiritual and physical well-being.  In  2009,  she  completed  a  Sound  Healing  Training  at  the  New  York  Open  Center,  studying  with  Don  Campbell,  Dr.  John  Beaulieu, Silvia  Nakkach , Layne  Redmond  and Carlos  Nakai.

In  2010  she moved  to  Tamil  Nadu,  in  India,  to  study  yoga  in  the  tradition  of  Yogamaharishi  Dr.  Swami  Gitananda  Giri  at the  International Center for Yoga Education and Research  /  Ananda  Ashram.  After  a  two-year-residential  training  in  yoga  philosophy  and  practice,  she  became  a  Senior  Yoga  Teacher  and  was  granted  the  title  of  Yogacharini  Sangeeta.  In  2012  she  was  part  of   Yogacharya  Dr.  Ananda  Balayogi  Bhavanani’s  CD  set  Chanting  the  Yoga  Sutra,  with  original  chanting  of  the  sutra  in  Sanskrit  and,  in  2013,  she  co-edited  with  Dr.  Bhavanani   Saraswati’s Pearls: Dialogues on the Yoga of Sound, a book investigating the role of music,  and  chanting  in  particular,  in optimal physical, emotional, and mental health.

Over  the  last  20  years,  Dr.  Biagi has served  as faculty at New York University (NY), Vassar College (NY), The Theatre School at DePaul University (Chicago), and the International Center for Yoga Education and Research (India).   She has also been an invited speaker at Vassar  College,  New  York  University,  The  Theatre  School  at  DePaul  University,  the Italian Institute of Culture in Chicago and New York City, the School of the Art Institute of Chicago, the Chicago Artist Coalition, Howard University, Xavier University of Louisiana, and the New York Open Center.

In 2020, Dr. Biagi was awarded the DePaul University Excellence in Teaching Award in recognition of “the dedication and skill that faculty members bring to their work, and of the high regard in which they are held by their students and your colleagues.”

She  currently  lives  in  Siena,  Italy.